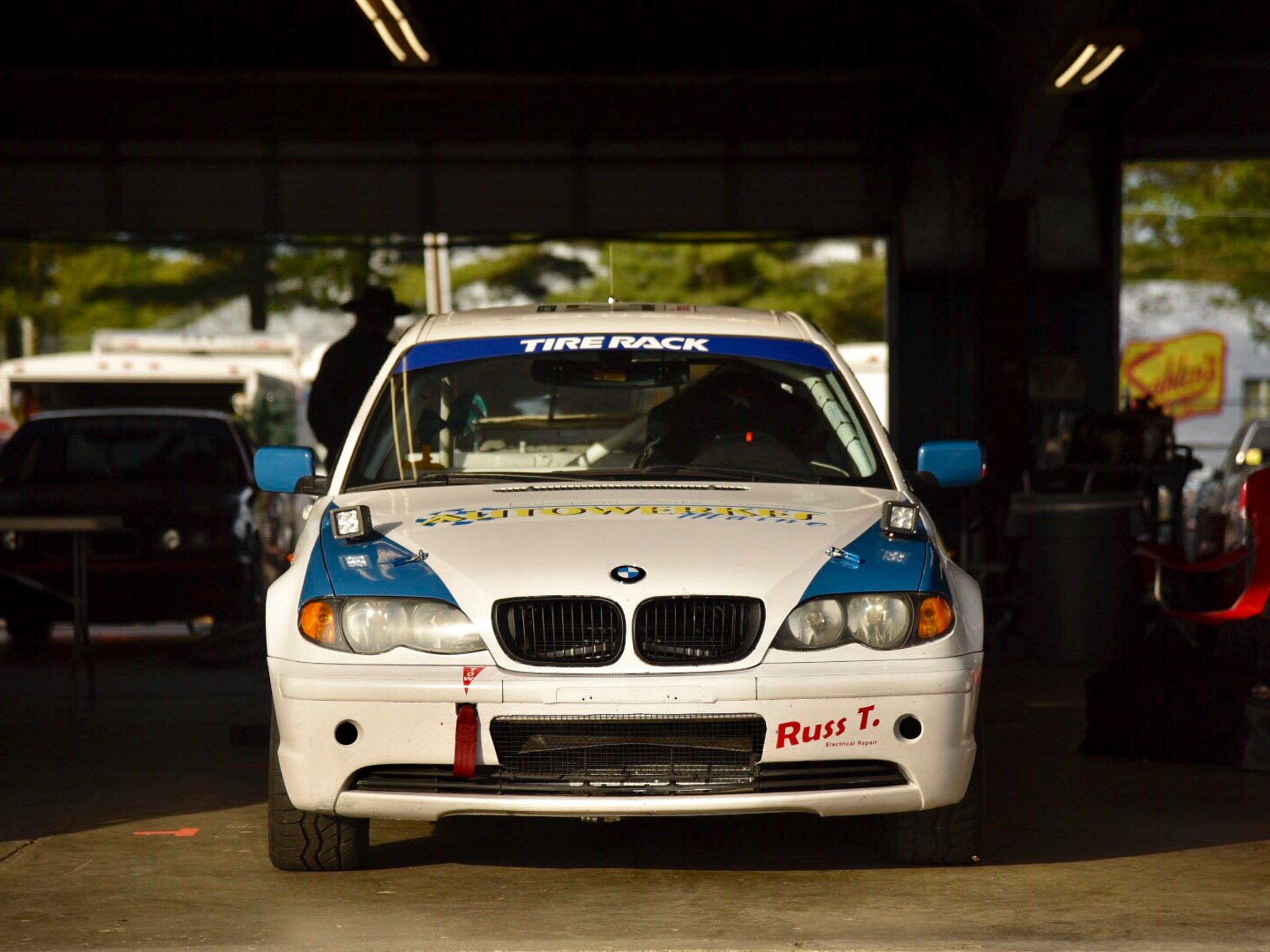 Hammerheads returns to The Glen where it all began.

Hammerheads Racing went into this year’s Watkins Glen race with fond memories of the previous year. 2018 was the first race for the car and the driver lineup which, at that time, included two rookies. That year, the car and drivers performed flawlessly. The team returned this year hoping for a similar result.

Having spent the winter replacing the motor and making other performance improvements, including a new racing clutch – Thank you, Zest Magazine – Hammerheads found themselves in a position similar to the previous year: bringing an untested car to an endurance race. If you guessed there were some nervous team members, you’d be right.

Friday practice, though, set all the nervousness aside. The Autowerkes prepped BMW ran solid. Driver, Kevin Binkley, noted the handling was much improved and the BMW had more punch out of the corners. “And it sounds great!” Thank you Magnaflow. Unanimous conclusion: we have a racing car.

Saturday dawned cool with the promise of warmer weather to come. Partly cloudy skies with no threat of rain. Yesss. Kevin started us off, artfully staying clear of any potential mayhem as 107 cars took the green flag. We were joined in the pits by family, sponsors and founders. The show was on. Darren drove second, and after a great stint, never putting a foot wrong, handed the car over to Mike who went out into the maelstrom of 100+ cars for his FIRST EVER racing stint. Brave man. In the pit box his wife, Laurie, kept a tally of Mike’s laps. We’re still not sure who was more nervous. Finishing his stint, Mike handed over a mostly clean car to Bob who would finish the race but not before setting a new fast lap of the day for Hammerheads Racing. After 7 hours of full throttle racing, the checkers flew and Hammerheads and their guests headed to the garage to celebrate.

A close post-race inspection of the car revealed both front brake rotors were cracked and would need to be replaced. More importantly, at least to some, the vinyl logo of 2 faced linen had been a victim of some light contact during Mike’s stint. The team got that cleaned up and then went to work replacing the front rotors. Crisis averted.

Sunday was another beautiful day and at 9:00am Darren wheeled the #275 under the green flag and we were racing. Mike was feeling a little under the weather so the driving fell to Darren, Kevin, and Bob. Multiple safety car periods kept Darren from establishing a rhythm. Despite the interruptions, Darren was able to set a new personal best lap time before handing the car over to Kevin. As the day went on, track temperatures rose and the Hammerheads BMW began to suffer a loss of grip. Kevin radioed in with a dire message: “the tires are done” and the team decided to change all four when Kevin pitted to change drivers. At the end of his stint, Kevin brought the #275 to a stop and the team went to work changing the tires. You’ve probably seen a pro pit stop at some point. A flurry of activity, the car up on the jacks, old tires off, new tires on, the car off the jacks and away it goes. Yeah. No, this wasn’t like that. At any rate, the tires were changed, Bob was installed and away he went on fresh tires. With the car handling much better, Bob enjoyed a long stretch of green flag racing. Of course, good things have a way of coming to an end. Nearing the end of his stint, Bob missed his braking point going down into The Boot, and the Hammerheads BMW paid a visit to the tire barrier on the outside of Turn 6. Bob was unhurt. The car, not so much. After a tow back to the garage, the team went to work pounding out the right front fender and hood that were preventing the front wheel from turning. An inspection of the suspension and steering revealed nothing amiss. Kevin got in and drove it around the paddock. Beyond being in dire need of an alignment, all was well. So, with 25 minutes remaining, the team belted Kevin back in the car and Hammerheads rejoined the race, having lost over an hour to the rest of the field. With the steering wheel badly off center, the BMW was a handful but Kevin was able to circulate with the field, well off the pace, but running strong to the checkered flag.

Hammerheads has two months to prep the car for the next race, the Lifeline 24 Hour Classic at Virginia International Raceway. Stay tuned for updates.

You can see a gallery of images from the race weekend here.

Mike Grant: You can’t beat driving on one of the world’s most renowned circuits with great teammates in great weather. If I had a bucket list, this would’ve been on it.

Kevin Binkley: Beautiful race weekend. The threat of rain was around the entire time but, luckily, we stayed dry. This will always be a memorable race for me. Just getting to the track had its own adventure. We worked well together as a team. When we heard the car was being towed in, we all jumped right into action to get the car back out. Great team, great friends, awesome sponsors, great racing. On to the next challenge… we’re ready!

Darren Setlow: We really couldn’t have asked for a better race weekend. The car is right where we had planned for it to be and handled so well; it’s really fun to drive. We also, I think, shared some collective triumphs overcoming challenges that included possibly not making the race in the first place, possible disruptions to our driver lineup and also recovering the car from some damage and getting it back out for the checkers. At its most basic, endurance racing is all about staring down challenges and overcoming adversity, and that’s what I really take away from the weekend, as well as those shared experiences that make our team stronger and even more resilient for the next race.

Bob Grant: We had to replace the motor over the winter and used that as an opportunity to work toward improving engine reliability and upgrading the drivetrain. The results here show me that was time and money well spent. The guys drove the wheels off the car and we had a lot of fun. Now we can focus on the unique requirements to be ready for the 24 hour race in August.